Singer Neha Kakkar wins everyone’s heart with her singing, but her love live also remains in the headlines. Singer’s love life is less discussed on the real facts and more due to rumors. Neha herself never speaks about her love live, due to which only and only speculation is seen. According to the speculations of this time, Neha Kakkar singer is going to marry Rohanpreet Singh. 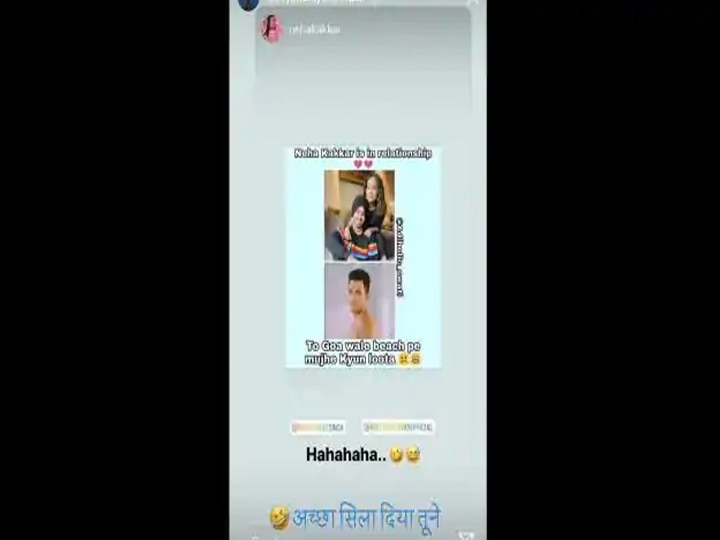 Recently Neha Kakkar has confirmed her relationship with Rohanpreet Singh. Neha shared her photo with Rohanpreet on social media and wrote, You are mine. Rohanpreet commented on this post of Neha, Neha Babu, I love you so much my life, yes I am only yours. my life. Rohan has also posted a kissing emoji with many heart emojis with it.

Aditya Narayan congratulated him on seeing the photo. Aditya shared a photo of the two and wrote, Neha Kakkar and Baby Bro who have now become handsome men. With this caption, Aditya has also shared the heart emoji. After this, Neha had shared a meem which, while sharing on her Instagram account, wrote, Achcha sila di tune.

By the way, let me tell you that Neha and Himansh had been in a relationship for 4 years. Both had a breakup in the year 2018. Neha herself gave the news of her breakup through social media. Neha also told that she had come into depression after the breakup.

Photos: Amitabh Bachchan, born in Prayagraj, is celebrating 78th birthday with great celebration, here are the pictures of celebrations