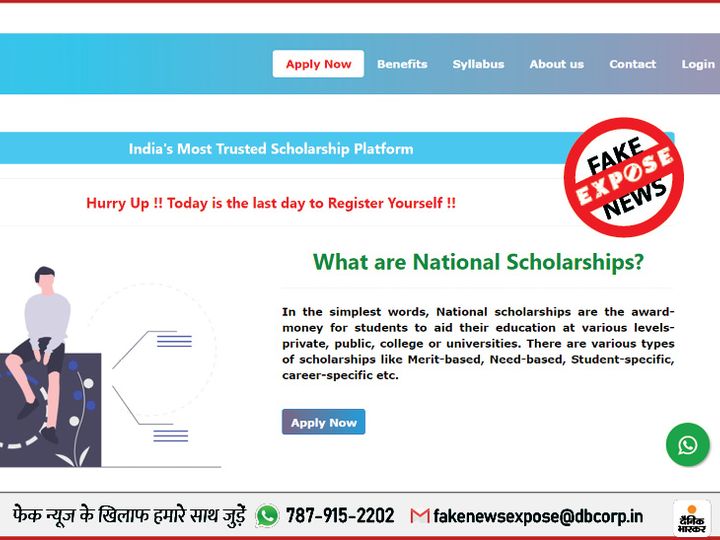 A website called National Scholarship Exam is claiming scholarship of up to Rs 10 lakh to students. On opening the homepage of the website, a pop-up appears, stating that today is the last day to apply. 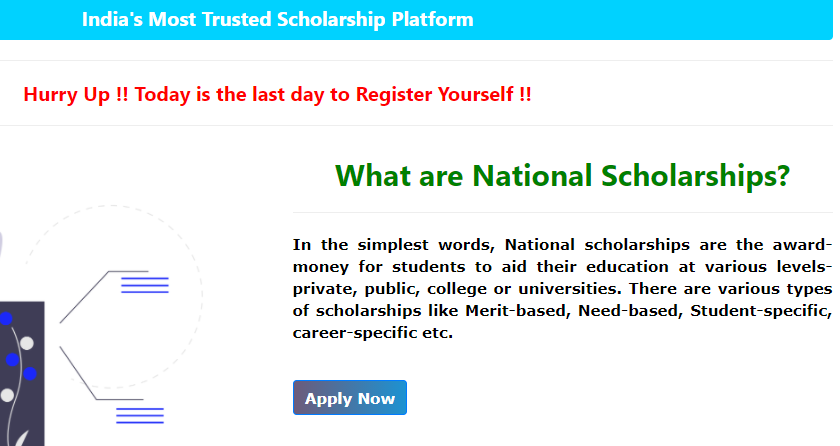 However, there is no mention of the eligibility criterion regarding scholarship on the website. It has just been told that an examination will be held. After which students will get scholarship of up to 10 lakh rupees. On the website, students are asked to register. After registration, when the student applies for the exam, Rs 250 is being deposited in the name of exam fee.

Earlier, this website named National Scholarship Exam was being claimed that it is a government recognized institution. So that more students apply. It was written in the bio that the organization is working under the Ministry of Corporate Affairs. Later, when the Central Government clarified that this website is not the government. After that, the name of the ministry was removed from the bio.